As a Chicago native nothing gets me more excited then the thought of summer approaching. That is why when the summer trends are released in January I feel a bit of hope that sunshine, the beach, and flip flops are in sight.
As for summer trends, there is one that is making its way back from the days of Pippi Longstocking and back into our closets. You can all relax because I'm not talking about the stick- straight braided pigtails...instead it is knee high socks!
Could this trend be a result of the knee high boots we have all been sporting this fall and winter? I am all for keeping your calves nice and warm but knee socks, really? I suppose I shouldn’t knock it till I try it…. but I think this trend should have probably been put to rest after Alicia Silverstone gave them one last attempt in Clueless.
Word on the street is that not only will knee high socks be popular but so will over the knee socks and thigh high socks. It seems to me that socks are totally taking the place of boots for the summer. I am not going to take sides on the idea yet as I still think there may be hope that these could look super cute if they are plain and paired up with tights and a basic lace up shoe.
Are you going to give knee socks a second chance this summer?xo!
No comments:

Living in Chicago is wonderful….in the summer. But, when those of us living in the windy city put on our full length down jackets to take on the negative temperatures we begin to forget that summer even exists. Thanks to designers such as Marc Jacobs and Alexander McQueen who have decided to bring back the classic 60’s and 70’s staple, the hot pant, I have been brutally reminded that the end is near and it is time to get to the gym. Oh yes ladies, you heard right; hot pants are back and they are shorter then ever with plans to ruin your lazy winter.

The unforgiving hot pant was introduced to us in the 1960’s (and by us I mean, our parents) and became all the rage in the 1970’s. Hot pants came in a variety of different fabrics ranging from leather to denim. They became even more popular when people realized that although the mini skirt was extremely short, they could create an even shorter length by wearing hot pants. Why someone would chose to wear this butt outlining, crotch grabbing, wedgie causing creation they call hot pants, I have no idea. But despite my negativity on the subject apparently someone really enjoyed the shorts and all of their “special effects” because they are officially coming to a runway near you!

I do have a bit of good news for all of you high fashion followers who don’t feel up to the challenge of hot pants this spring. There is another option, the boy short. The boy short is similar to the idea of hot pants but do come down to a more modest, and comfortable place on your body.

Are you on the way to the gym right now or are you going to keep your spoon in that ice cream carton for the rest of the winter and sit this trend out?
No comments: 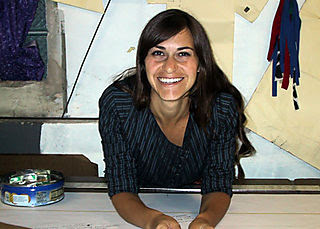 Today’s topic is the talented local designer Lara Miller. I chose to discuss this designer because she has brought something to the table that is like nothing of the past; and while I love the combination of old and new designs sometimes the new can open our eyes to the unknown.

Born and raised in Chicago, Lara Miller attended The School of the Art Institute (Chicago) where she got her undergraduate degree. While studying at the Art Institute she developed a passion for dance and creating movement in clothing. She gained recognition for the work she did as a student as well as created costumes for several of the dance companies in the area. By May of 2005 due to the high demand of her designs she decided to devote herself and her time entirely to the development of her women’s line.

In addition to dance and movement Lara’s designs are heavily influenced by the architecture and cultures of Chicago. Her designs serve as multi-functional pieces while remaining loyal to her eco- conscious beliefs (which I LOVE). Lara Miller has participated in several events that support her strong devotion to environmental awareness. To add to the modern style of Lara Miller her line is represented by The Four Hundred, New York’s first showroom dedicated only to sustainable design.

Lara Miller’s unique designs have been recognized all over the country. She has been awarded the Designer of The Year Award by Chicago Magazine and featured in several publications and television stations such as CBS, Wall Street Journal, Gen Art, WWD, Newsweek, Elle.com and many more. As a local designer of Chicago I think that it is very admirable that she has contributed many ideas to the Fashion Council of Chicago such as establishing the Macy’s incubator program and creating the website chicagofashionresource.com.

While exploring Lara's web site I have become especially fond of the Bobbie Dress, it looks like something you could wear during the day straight into the evening while still being very comfortable.

Check out the Bobbie Dress and the rest of her line here!
No comments: