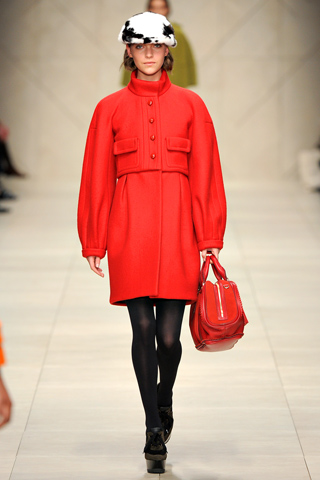 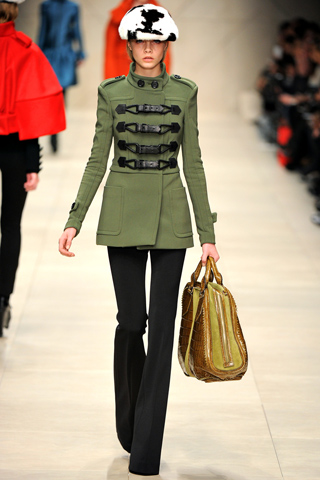 "Today's show took place in a massive tent in the shadow of the Albert Memorial in Kensington Gardens, in the same week that Burberry made 13th place on Fast Company's list of the world's most innovative companies. To fuse past and future so seamlessly is a remarkable achievement. Almost as slick: the way Christopher Bailey glossed the behemoth that is Burberry with an act of humble heroine worship. There are those—Mick Jagger included—who considered her sister Chrissie the real siren, but for Bailey, it's always been Jean Shrimpton, and he named Burberry's Fall collection after the proto-supermodel. The look and sound of her golden era—the early sixties—shaped the show,"
-Tim Blanks
Source: www.style.com